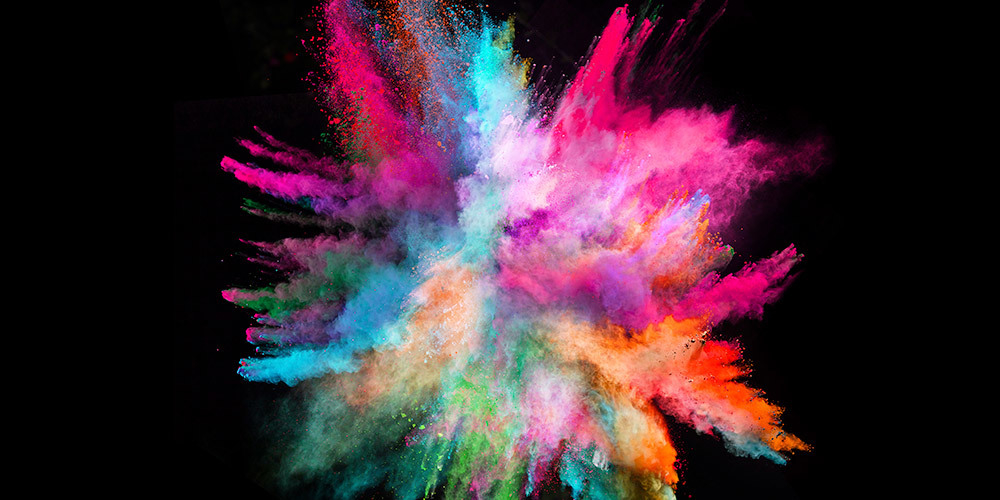 It just needs some craziness. Collaboration and individuality drive true innovation. And above all: you have to get started at some point. Impacts for us in SCM and GTM? Watch this video in AEB's online magazine.

All in “one moment”? How do you conclude a year such as this one in a blog for global trade, supply chain, and IT? My absolute favorite video of all this year perfectly captures the 3(+1) essentials I took away in 2016. Ok? Go!

What’s the superlative of crazy?

I’ll keep it short. 4.2 seconds to be precise. The craziest music video group in the world outdid itself again. If you don’t know OKGO, be prepared to get lost in the YouTube play list – you might even find the time for it once things slow down a bit.

In their latest masterpiece, OKGO tried to capture everything “in a single moment”. The result is a colorful firework that sees all kinds of things exploding: filled melons, glass balls, and guitars. The story is marvelous. And you can enjoy it in a mere moment. And then dissect it – image by image.

Why am I writing this? Because it’s fun, major fun – and: at second glance, you can also discover the three most important things around global trade, SCM, and IT that I’ve learned this year. Let’s go then – in slow motion:

When it works, a beautiful masterpiece makes …

Just let it run at first: take a look at this video for a bit. And if people around you say that’s not appropriate at work, please refer them to me. Let me assure you, it’s worthwhile and makes total sense to watch:

… everyone wonder how in the world they did it.

So what can we learn from that? For me, the analogy to a well running IT system in SCM and GTM has so many facets, I need to focus to limit myself to listing just three:

To explain, I will resort to support from the “behind the scenes” videos. They are as worthwhile as the “one moment” video itself.

Take a look at the exploding guitars. At first, it looks they all explode at the same time. But then later in the song, in full slow motion, it becomes clear that this is not the case at all. One guitar explodes at a time – perfectly timed to the beat of the song.

That’s one example for what Damian Kulash means when he says everything for the shooting was “insanely carefully mapped out” – see minute 1.04 here. But it’s actually 31 seconds later in this interview, when Kulash – lead singer and master mind of the video – says the crucial sentence at 1:35: “You’ll never get to the end of math.”

There is always more data to calculate and more planning that could be done. But at some point, you just gotta start. That applies to 100% of IT projects, too – especially in the area of SCM, right?

2. “I wrote the code on site”: Innovation only works individually. And up close.

Arnold “Fluffy” Peterson is the electro-nerd who puzzled out the whole math of things for the video. And he delivers the next important clue that I internalized for IT projects this year: It’s still – and maybe even more so today – not the level of standardization of processes and use of off-the-shelf tools that truly differentiates something in the market. And it’s not perfecting what one knows, or does, or sees somewhere else that does it either.

It’s doing something new that does the trick. Doing things differently. Doing it your way. Doing it yourselves. In fact, I feel this idea has gotten new wind and has settled with new realism in logistics teams in 2016, too. But to both also applies: you need to stay close to what you actually want to do. Peterson says something here at 1:10 that probably would have been unthinkable two years ago: “I wrote the code on-site”.

So, he developed on the spot, at the scene. Yes, I know, a supply chain is not a film set. But still: we are also experiencing and testing new ways for developing singular and efficient global trade and logistics systems together with customers on-site – with proven standards, methods, and software but also shaped by business individuality. And when it succeeds, it’s every time a special “one moment”.

And finally, a last refreshing thought so very fitting for 2016 – where things like IoT, AI, machine learning, and autonomous systems really seem to have kicked off the age of the machines:

OKGO shows that there are limits even today. Their idea – simple yet brilliant – is of the kind that only people can come up with for now: packing a whole life, a whole project, or at least a whole song with all its feelings into one single moment. And also, “there were no robots fast enough to record the whole thing” – see 3:45. I guess this applies both literally and figuratively ;-).

Obviously, this video would not have been possible without IT, systems, or robots… But that just emphasizes the difference between people and machines even more: in that case, the guitar rocker simply would have come up with another idea to implement.

But, that wasn’t needed. And when both comes together – human creativity and machine perfection – great things become possible. The analogy to supply chain and global trade software is quite clear here, too – no need for spelling it out any further…