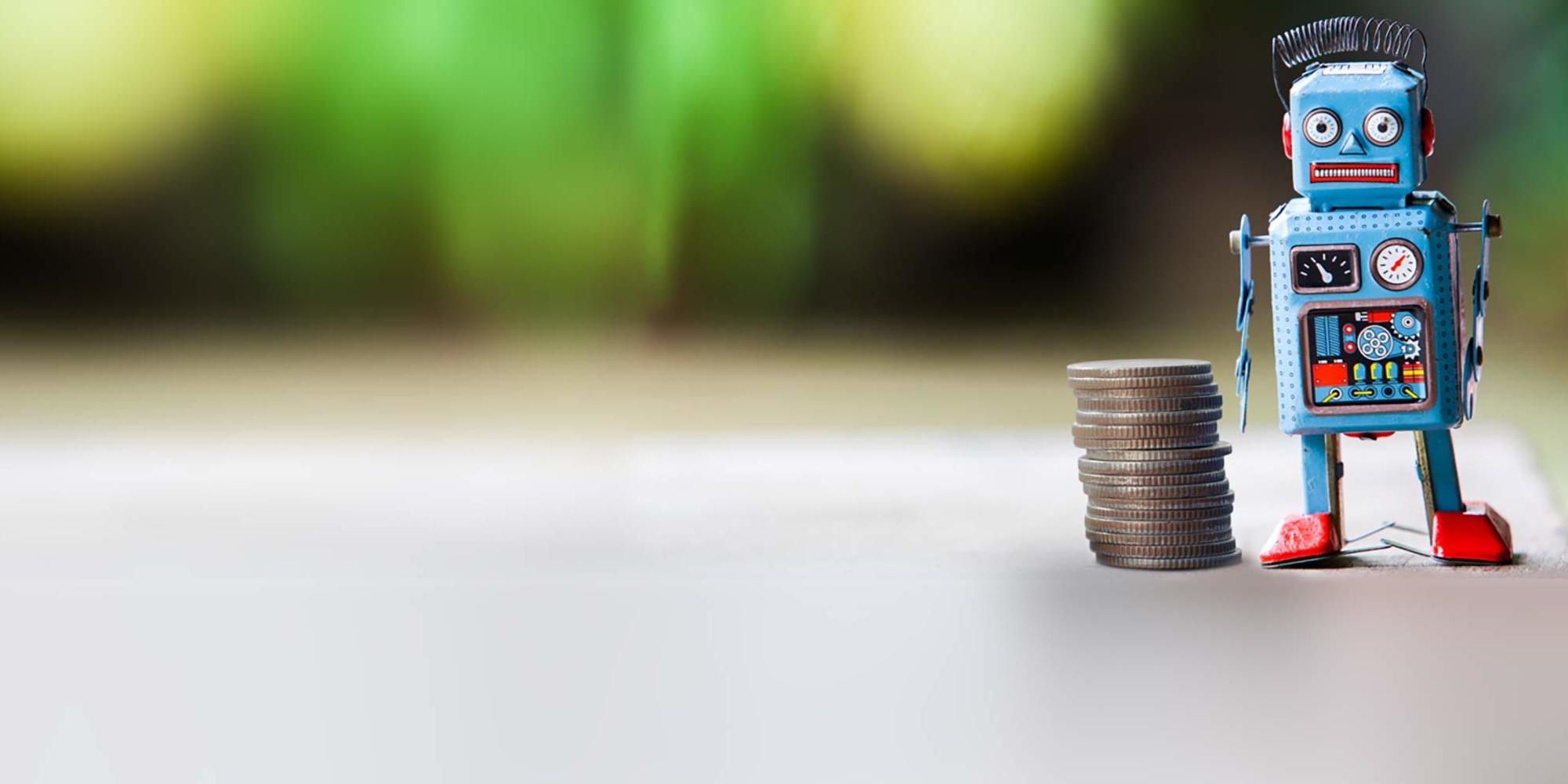 Our world of work in the digital age: will “Terminator” pay taxes?

Digitization is catching up with all of us. How can economies ensure basic security systems without people at work? Who’s affected? What are the options?

All digital stuff: full steam ahead?

I recently started mulling over conversations again that I had no more than three or four years ago on the topics digitization, digitalization, and digital transformation. Snippets of conversation like: “What’s with the digitization hype? Haven’t computers been accompanying us quite continuously since the 70s?” Yes. They have – or have we accompanied them? Hmm.

Either way: computers suddenly supported tasks that we neither knew (nor really needed 😉) back then. Much faster and in higher frequencies – individual “workforces” suddenly increased productivity. The promise “everything will get easier” was actually delivered. On an individual level, however, in a way, it also feels like “everything just got more”.

Today, we’re totally dependent on computers already. But there is persistent talk about the fourth industrial revolution moving further ahead. With impacts as significant as once the steam engine had in the late 18th and early 19th century? Remember? Enjoy this little refresher:

I was sort of relaxed when these kinds of conversations kicked off 3-4 years ago. “Just the usual consultant buzzwords to rally up the markets”, I remember thinking. A good topic for know-it-alls and wise guys to leverage future fears and universal remedies?

But now, swoosh, it seems we’re finding ourselves right in the eye of the cyclone. We’re completely caught up in the digital transformation: we’re hardly ever “unplugged”, our daily lives have become “digitized”, and analog moments full of peace and quiet barely exit anymore.

And now all those big questions that those “wise guys” already asked a few years ago, come back to mind. What will happen to the world of work as we know it when the majority of value creation is digital? What happens when the share of value contribution by humans continues to decrease?

My colleague Torsten shared interesting thoughts on this topic in his post “Automation – the end of all (our) work?”. And my colleague Markus’ post “Breaking it down: Digitization, IoT, and Industry 4.0” remains as useful as ever to grasp the basics of it all. Not just a hype after all, I admit…

What about the people?

Buying and selling products is one of the most tangible examples for me. It doesn’t even matter what products – cars, life insurance, apps, you name it. Be honest: how much do you buy from people these days and how much from online portals? How will this develop?

Back on the table: UBI

Yes, no worries, visionaries, of course, are working on these questions, too. Current discussions center on two tracks in particular. UBI is one, the unconditional basic income. Not new? You are right – already back in the 60s, Milton Friedman contemplated the negative income tax.

The Institute for Research on Poverty at the University of Wisconsin-Madison made results of various US experiments on the topic available. It all seems quite logical, really, as a general concept. But so far, the philosopher’s stone has not quite been found yet, has it?

With renewed urgency, research is underway all over the world. The chief economic advisor to the government of India spoke out last year about UBI potentials and four major concerns around charity spending, government cost, counter-acting market dynamics, and potential misuse.

But the most interesting trial has just kicked off in Finland in January: the government is providing UBI to 2,000 citizens. The idea is to offer greater security in the midst of technology-fueled market changes. The program guarantees payments regardless of income, wealth, or employment status.

Fingers crossed – let’s keep an eye on the latest trial results. Critics argue that the equation to derive the level of UBI is not consistent. Some even call it a “mathematical Bermuda triangle”. Or maybe, the pressure is still not high enough to try harder to make it work?

The second focus track is about a “robot tax”. The discussion was kicked off by one of the smartest guys around … who also has sufficient free time at hand to ponder such global questions: Bill Gates. In a nutshell, it’s about offsetting lower tax income through less human work revenue with new tax income from robots as the new value contributors.

Interesting idea. It might not survive continued scrutiny, though. What would be the basis for taxation? What share of the contribution can be assigned to the machine? When the lawn is mowed – what’s the share of work of the lawn-mower and that of the person operating it? Or in my personal case, what’s my share for programming my “robomow” and running its cable?

Such a taxation approach might also massively intervene in the natural development process – and ultimately hinder technological advances. It would result in a major global race for best competitive advantages based on varying taxation principles by different countries across the globe.

But good things are coming from the discussions. It seems to crystalize, for example, that taxation of capital and capital increase might be the better way to finance “basic security programs”. Or increasing taxes on consumer goods. Of course, this brings up a whole bunch of new questions. We can take a look at that next time around here.

Do you believe in the drastic changes to our world of work through the digital transformation? Do you feel the urgency of these questions? Or will we manage to master the digital changes through structural adjustments – as we did after the steam engine invention? Or following the major shift of jobs to low-wage countries as part of globalization in the past decades?

I look forward to hearing from you – on XING, or LinkedIn. And sign up to our newsletter to stay on the pulse of developments.