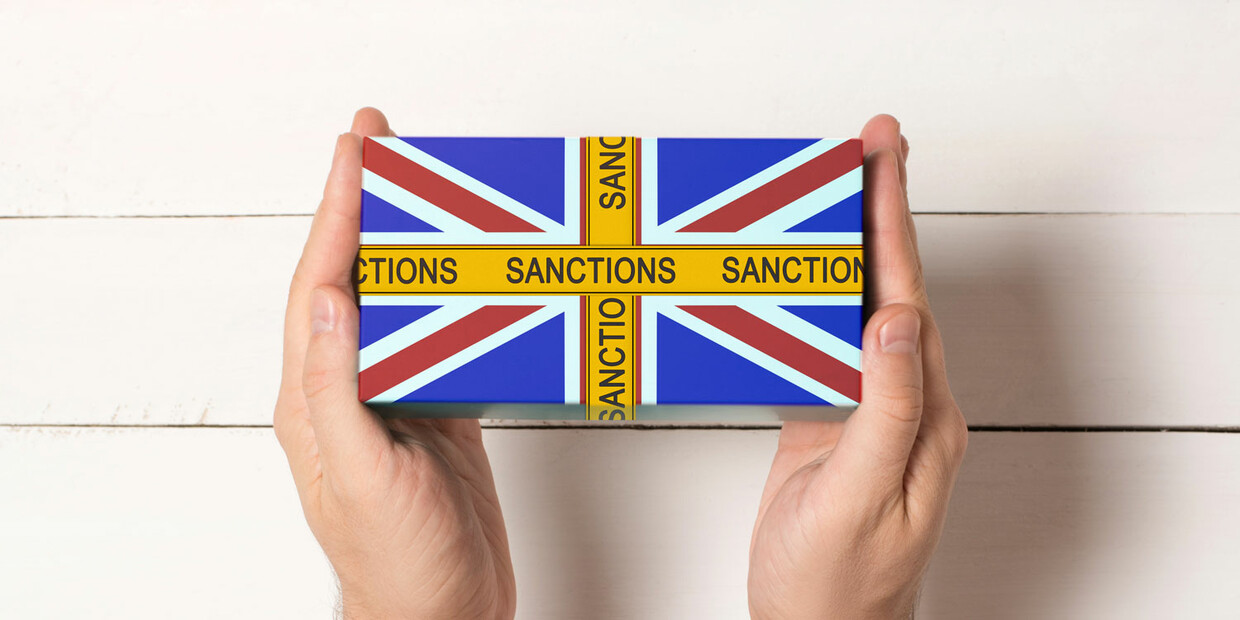 After Brexit, the new UK sanctions framework officially came into effect on January 1, 2021. What's new? And are there differences to the EU legislation?

With its Sanctions and Anti-Money Laundering Act 2018 , the UK has a basis for legitimization to enact national sanctions legislation. In addition, there are other UK laws, such as the Export Control Order of 2008 and the Anti-Terrorism, Crime and Security Act of 2001, which serve as a basis to enact restrictions on global trade through, for example, export control regulations or anti-terrorism measures.

Given that the UK plays – or has played – an important role in the EU's international and security policy, it is hardly surprising that the UK has largely adopted the EU's sanctions regulations in its British national law in the first step.

It remains to be seen what course the UK will take in the future with its sanctions policy. There is currently no official cooperation framework between the UK and the EU for a common approach to dealing with foreign policy challenges.

Such indirect provisions occur when a non-listed business partner is owned by a person that is sanctioned ("sanctioned ownership and control"). This concept is similar to that under EU sanctions regulations. However, the new UK sanctions regime provide more detailed explanations as to when a listed person or party is deemed to exercise indirect control over someone for the benefit of sanctioned persons.

Which entities fall within the scope of the UK financial sanctions is found in Section 21(3) of the UK Sanctions Act. The regulation applies to legal persons, entities, or bodies with reference to business taking place in whole or in part in the UK.

For companies that fall within the scope of the UK financial sanctions, the new UK sanctions regime adds another layer of complexity to their internal trade compliance programs (ICPs).

In light of new UK guidance published on January 4, 2021, the following areas are of particular relevance for AEB readers and affected traders:

Differences UK and EU: Important changes in other areas

During the Brexit transition period, some UK licenses were still valid for activities in EU member states. This enabled a UK entity, for example, to export controlled goods from an EU member state to a sanctioned destination. This is no longer the case. Licenses granted in the UK are now only valid in the UK jurisdiction.

The UK has replaced EU Russia-related sectoral sanctions with a single Russian sanctions regulation and updated its list of persons named in relation to financial and investment restrictions accordingly. Persons exempt from these sanctions refer to UK-based subsidiaries (as opposed to EU-based subsidiaries under EU law). And non-restricted trade exemptions only apply when the trade in question has a UK nexus (rather than an EU nexus under EU law).

Best strategy for compliance with EU, US, and UK sanctions

In this challenging environment, automation is key to successful internal compliance programs (ICP). Software delivers security – in one jurisdiction as well as across applicable regions. Contact us to discuss your compliance screening, export controls, and license management requirements. Or visit our website to learn how AEB solutions can support your business. And make sure to take a look at “SCO with Dow Jones” if you need help in the area of sanctioned ownership and control.

AEB's export control solutions deliver comprehensive security for your business with always available and up-to-date software for Compliance Screening, License Management, Export Controls, and Risk Assessment. In the cloud and integrated in systems such as SAP®, Salesforce, or Microsoft Dynamics 365.