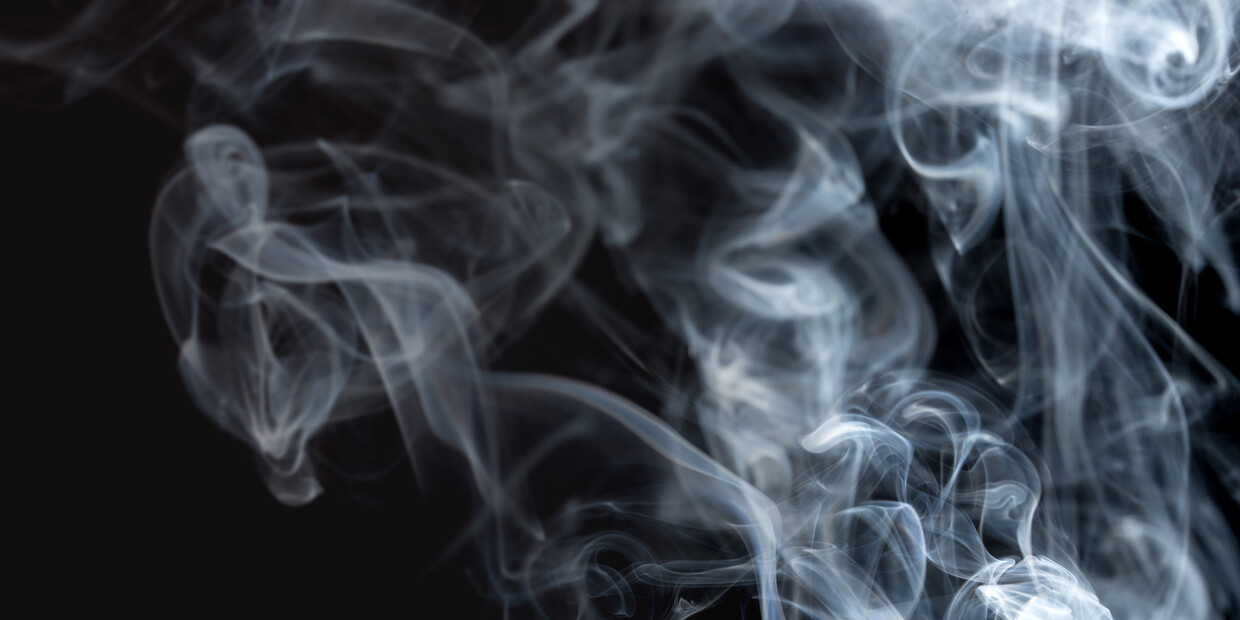 Export, import, and excise: Villiger moves customs to the cloud

Shipping tobacco products: anything but easy
In-house IT overburdened
Better safe than sorry
Migrating to the cloud
Smiles all around: solutions in use
Bottom line: better compliance and smoother processes
Background: What is EMCS?

Shipping tobacco products: anything but easy

Villiger’s cigars and cigarillos are enjoyed around the world by traditional smokers and urban tobacco connoisseurs alike. What began in 1888 as a small cigarmaker in Switzerland now produces more than 1.5 billion cigars and cigarillos a year. A portion of these are made in the plant in Waldshut-Tiengen, which is owned by the company’s German subsidiary. Every month, Villiger Söhne GmbH sends out some 4,000 shipments from its finished goods warehouses to retailers, discounters, and tobacco shops in Germany, Europe, and around the world.

Shipping tobacco products means following quite a few special rules. “Our cigars and cigarillos are subject to excise duties,” explains Andreas Lehmann, Head of Supply Chain Management at Villiger. This means that since 2011, the company has been required to manage the movement of its goods through Germany or the EU under suspension of excise duty using the Excise Movement and Control System, or EMCS (see below).

The duty-free movement of non-EU goods is also subject to special regulations. One example is if cigars from the company headquarters in Switzerland are brought to Germany and stored temporarily in the bonded warehouse in Waldshut-Tiengen. To manage its shipping needs efficiently, including special customs provisions, Villiger Söhne GmbH works with software developer AEB – a partnership that goes all the way back to 1999.

At the time, the company was just looking for software to help its employees manage packing lists and delivery notes. Over the years, the role of the software grew to include Import Filing, Export Filing, bonded warehouse, Excise Duty Filing, and Compliance Screening. “Our goal was to use software that required as few interfaces as possible while still fulfilling all the special requirements inherent in the tobacco industry,” Lehmann adds.

The year 2015 brought more change: migrating the software to the AEB data center. Until then, Villiger had run the AEB software solutions from its own data center. “But we came to a point where my employees could barely keep up with the workload for support services,” explains Bernd Finkenzeller, Head of IT at Villiger. After all, users needed to know that they could count on the system being available around the clock on business days.

What’s more, customs software is subject to frequent changes driven by outside forces – such as laws and regulations that impact Customs Management and Export Management. The mandatory restricted party lists are constantly changing, for example, and the ATLAS e-customs system by German Customs is also updated on a regular basis. Keeping the software running and installing the regular updates was just one more burden on Villiger’s IT resources.

Once the decision-makers at Villiger had looked at the situation more closely, the benefits of a software migration to the AEB data center became clear. “We recognized that moving the solution to the cloud makes sense for us. This allowed us to focus on those areas of IT that truly create value for us rather than spending our time with maintenance and support tasks that could be more efficiently and effectively handled by the solution provider,” Lehmann explains.

Data privacy and data security considerations were also front and center in the decision to move to the cloud, of course. Villiger asked to tour AEB’s ISO 27001–certified data center in Stuttgart and reviewed the data protection guidelines, certificates, and security programs. The results were positive, and no cause for concern was found. Villiger’s data privacy officer also gave a thumbs-up. “But what sealed the deal in the end was the trust we had in AEB through our many years of working together,” adds Lehmann.

Migrating to the cloud

The next step was for AEB and Villiger to define a project roadmap for the migration – including a timeline and testing schedule. “We made a conscious decision to schedule the migration during the week and accepted the risk of downtime, because we wanted to test how Customs Management in the cloud worked under real-life conditions,” Lehmann explains. Using the project roadmap, both companies began making detailed preparations.

Villiger provided a copy of its current application, including the database. AEB used this to set up a test environment in the data center, which Villiger then put through rigorous testing. Meanwhile, AEB worked to set up the production system that would later be used. July 8, 2015, was the big day: Villiger completed its shipping activities by 11:00 a.m., then it suspended operations in its own data center while the data was migrated. Tests were run starting at 8:00 the next morning, and by noon, Villiger was able to go live again. Lehmann sums up the experience: “AEB did an excellent job of preparing the migration. Everything came off as planned and went very smoothly.”

Bernd Finkenzeller’s IT team has been grateful for a much lighter workload since the AEB software solutions were moved to the cloud, because AEB is now responsible for maintaining and supporting the software. “The move to the AEB data center means that we now finally have more time for what’s important,” concludes Lehmann. The users are happy, too. “Now we have round-the-clock IT support and don’t need to take the extra step of reaching out to our own IT people,” relates Brigitte Amann, who works in Supply Chain Management at Villiger. “Users all keep the AEB hotline number handy and just call them directly whenever questions or problems arise.”

Meanwhile, day-to-day operations at the Waldshut-Tiengen site have changed very little since the migration. AEB software continues to support bonded warehouse operations from the cloud, keeping an eye on all the goods coming in and going out. Precise documentation is extremely important, since every movement of goods into and out of the bonded warehouse is recorded in Villiger’s ERP system and by the authorities.

“If there is any discrepancy between our data and the customs office records, we are accountable for the duties,” Lehmann explains. The software helps correctly document all the bonded warehouse transactions. This helps save customs duties, because if Villiger stores goods from outside the EU in the customs-free area and sells part of that stock to a buyer outside the EU, no duties are owed.

When Villiger receives an order requiring goods to be shipped from the bonded warehouse in Waldshut-Tiengen, the goods are picked and then packaged according to the specifications of the country where the customer is located. For a duty-free shipment of non-EU goods within the EU, the company must submit a T1 transit procedure. To ship the goods to a non-EU country, an export accompanying document is also needed. AEB’s Customs Management provides smart support to facilitate this process. The software ensures a smooth process and quick communications with the authorities by extracting the necessary data from Villiger’s SAP® system and transmitting it to the ATLAS system of the German customs office. Integrated checks and alerts ensure that the data is complete and plausible – a real competitive advantage for Villiger, because incomplete or erroneous customs declarations can lead to shipping delays.

The software then passes all the relevant data to the customs office, which decides whether the goods must be examined by customs or the shipment can be approved. Once Villiger has received the approval, its employees seal up the goods. This ensures that the goods reach the recipient in an unaltered state and can be identified with certainty. The seal that Villiger uses is documented in AEB’s Customs Management, making it possible to track this data at any time during transport. The customs solution also automatically generates the appropriate documents to accompany the goods. Once the customer confirms receipt of the goods online, the duty-free transport is complete.

“AEB’s Customs Management also has our back when it comes to paying excise duties,” says Lehmann. “The Excise Duty Filing software makes it easy to initiate and monitor the EMCS process.” Before Villiger began using the AEB solution in 2011, managing excise duty shipments was a purely manual, time-consuming process. Employees had to fill out each accompanying document individually – and often, they had to make a trip to the customs office to get a shipment approved.

Now, Villiger uses AEB’s Excise Duty Filing to generate an electronic administrative document to be submitted to the customs office for each shipment. If the authorities accept the validity of the document, Villiger can ship the goods. For the tobacco company, smooth excise duty processes and documentation are not just important – they’re essential. “The burden of proof lies with us. We need to be able to show at any time that all goods leaving our tax warehouse had the proper follow-up documentation,” Lehmann explains. The software enables centralized management and transparency of all movements of excise goods under suspension of duties, including their current status. This supports our business operations, but it also enables better customer service and ensures compliance with customs regulations – both of which give Villiger a critical edge.

In addition to customs and excise tax regulations, Villiger must also ensure compliance with all bans and licensing requirements under export control regulations. “Every night, AEB’s Compliance Screening screens about 20,550 customer datasets against the relevant restricted party lists,” Lehmann explains. “And every morning, we automatically get an overview of the results.” If anything amiss is identified, Villiger can stop the shipment before it’s too late. This early intervention helps the tobacco company avoid export control violations and the penalties that would ensue.

The software support from AEB lets Villiger bring automation, efficiency, and transparency to its customs-related processes, reduce its tax burden, and ensure compliance in all its transports. The solution eliminates the need for many time-consuming manual tasks that Villiger’s workforce would otherwise have to perform. The IT team is among the beneficiaries since the solution was migrated to the AEB cloud. Now they have time for their own value-adding IT tasks. “Our experience in working with AEB over the years has been excellent,” Lehmann concludes. “And we will continue to rely on AEB in the future.” The next step in this partnership is already being implemented: a warehouse management solution for Villiger’s finished goods warehouse.

Background: What is EMCS?

EMCS (Excise Movement and Control System) is an IT system used within the EU to monitor transports of excise goods for which no excise tax has yet been paid. The goal is to prevent fraud and loss of tax revenues, especially for alcohol and tobacco products. The introduction of EMCS in 2011 replaced the old paper forms with electronic messaging and introduced the electronic administrative document for monitoring transports.

Starting on January 1, 2011, EMCS has been mandatory for all transports of excise goods under suspension of excise duty between EU member states. This requirement affects not only breweries, liquor sellers, manufacturers of tobacco- or petroleum-based products, and those who trade in excise goods – it also affects any company in the food or pharmaceutical industry that uses alcohol in the creation of its products.