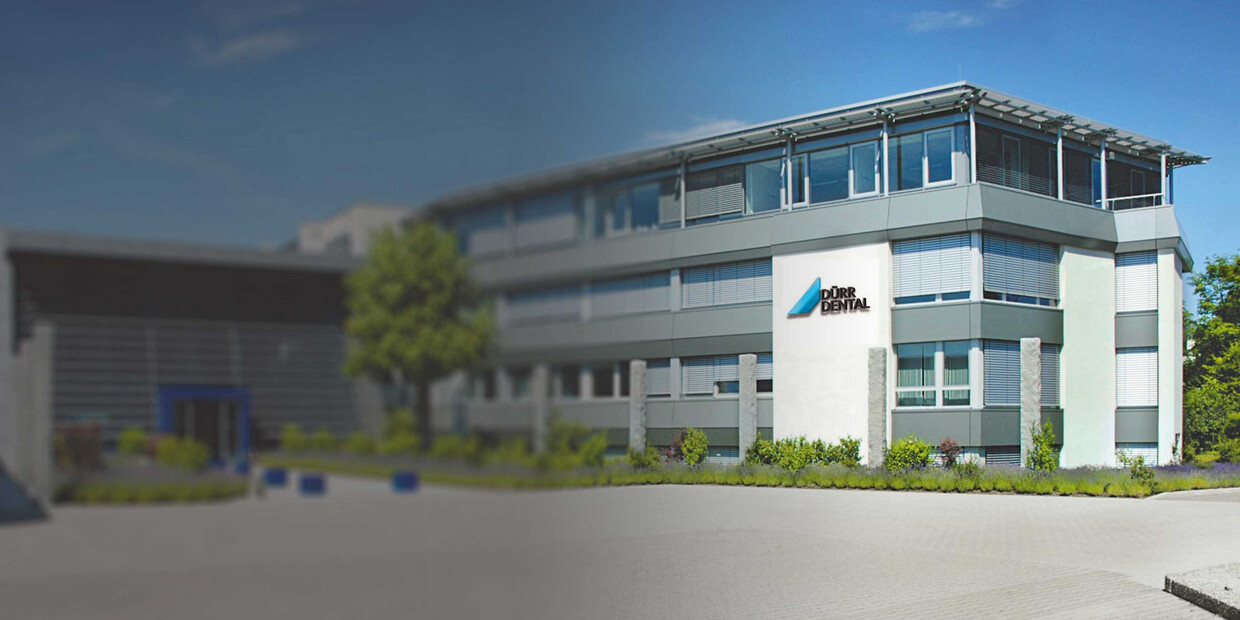 DUERR Dental: Painless upgrade of export and freight IT

When you’re sitting nervously in the dentist’s chair waiting for your root canal surgery to begin, you’re probably not very concerned with the design of the instruments used to suction out your saliva or hollow out the root canal. All you care about is that they work and the dentist knows what he or she is doing. But product design is critical to the success of medical technology manufacturer Duerr Dental and has already earned the company numerous awards.

Whether you’re seeing a dentist in Cape Town, Cairo, or Copenhagen – it’s very likely that the saliva ejector, x-ray diagnostic equipment, or disinfectants come from Duerr Dental AG. The company, based in Bietigheim-Bissingen some 30 km north of Stuttgart, Germany, generated revenues of over €210 million in 2013 through sales of its medical equipment, instruments, and hygiene supplies.

The midsized enterprise supplies dealers and its own branch offices in over 100 countries, which in turn supply dentists, dental laboratories, and clinics. Duerr Dental’s tools can also be found in the hands of dentists and researchers at universities around the world, which the company supplies directly from its headquarters in Germany’s southwest region of Swabia. This project-oriented business exporting clinical equipment accounts for a small portion of the overall shipping volume.

About half of Duerr Dental’s shipments go out to customers in Germany. The other half goes to branch offices, European dealers, and to destinations outside the European Union. Many end customers are in Southeast Asia and Oceania – Malaysia, Singapore, Japan, New Zealand, and Australia.

With the exception of the US subsidiary Air Techniques, all Duerr Dental subsidiaries use the software suite from AEB for logistics, shipping, transport management, and export management.

Shipping from AEB
TMS from AEB

Andreas Gruedl, Head of Line Dispatch Logistics, notes that the company has experienced exceptional sales growth since 2005, resulting in a surge of shipping volumes. From the beginning, the goal has been to automate processes to the greatest extent possible, explains Head of IT Ralf Durst. That led to the decision to implement the software suite from AEB. “Our aim was to implement an established, state-of-the-art system that would improve our Shipping and Export Management processes, be easy to maintain, and offer broad functionality right out of the box,” says Durst. “AEB’s Transport & Freight Management solution automates our communications with transport service providers, for example. Before, we had to do all that manually.”

“Above all, we wanted to simplify and automate the handling of hazardous goods,” adds Andreas Gruedl. Some of Duerr Dental’s hygiene products, such as disinfectants, must be classified as hazardous goods or bear a “limited quantity” label. Before, the labels had to be created on a typewriter. “Today, the system tracks which products need to be declared as hazardous goods. The correct labels and IMO Declaration are then automatically printed out at the packing station,” says Gruedl.

Using AEB’s Shipping software at four packing stations in Bietigheim-Bissingen and another four packing stations in the Duerr Dental subsidiaries has made logistical processes more efficient overall. The same team has continued to manage all shipments despite the annual increase in volumes. And Ralf Durst and Andreas Gruedl are optimistic that it will stay that way, despite the fact that volumes are likely to rise further in 2014. The group processed nearly 37,000 shipments in 2013. By the end of the first half of 2014, the figure already stood at 22,500 shipments.

The global transport logistics of EPCOS is closely aligned with its global production processes. The company currently maintains more than 20 production sites around the world, with a regional emphasis on Asia and Europe. Each site focuses on the production of specific segments of the EPCOS portfolio, though there is some overlap to accommodate special requirements such as physical proximity to the customer.

EPCOS uses EDI to manage orders and confirmations with its key accounts. EPCOS receives delivery schedules from its customers, and the ERP system at EPCOS runs an available-to-promise check with a shipping date that generally matches the date requested by the customer. Products are shipped around the world from the production sites in a two-phase transport chain (air/road transport or ocean/road transport).

The global flows of goods pass through four central transfer points in Hong Kong, Singapore, Japan, and Brazil. Here the goods are consolidated. European-bound shipments are then brought through the three import gates of Hamburg, Frankfurt, and Munich, where the customs assessment processes are controlled. Distribution to European customers is handled from these three points by channeling the goods directly into the networks of domestic transporters.

Software for logistics – synchronized with the ERP system

A completely new system infrastructure was planned for 2014, which meant an IT upgrade. Duerr Dental wanted an ERP system that would support the specific needs of a midsized enterprise with a potential for further internationalization. The company decided to implement the ERP software of the Swedish company IFS and phase out several subsystems – but not the AEB solution. Instead, the AEB solution is even further integrated into the new ERP system and interacts better with the IFS software. Both systems have been up and running in this configuration since June 1, 2014.

Head of IT Ralf Durst explains how they work together: “Not only does the order and inventory data flow from the ERP system to the AEB solution, but the weight, freight, packaging, and status information gathered by the AEB software is also fed right back into the ERP system.” This information sharing enhances automation and prevents errors. And it saves time. Take domestic transport freight cost calculations, for example: All transport service provider quotes are stored in AEB’s Freight Cost Management.

AEB’s Freight Cost Management solution automatically calculates the freight costs for transports within Germany. “Consignee invoices are generated from within the ERP system,” says Durst. “Thanks to the bi-directional data sharing, the freight costs can be printed directly onto the invoice and no longer need to be inserted manually.” AEB’s Freight Cost Management also sends the ERP software a confirmation of the goods issue, so all the data is always synchronized across both systems.

AEB’s Transport & Freight Management is the first stop when it comes to analyses and statistics. A simple click of the mouse is all it takes for Andreas Gruedl to call up the data he needs for his annual hazardous goods report, such as the tonnage of hazardous goods transports. “I can also display all the shipments sent by each of the European branch offices, sorted by weight or quantity. This type of analysis is helpful when we conduct negotiations with carriers or prepare reports for management.”

Andreas Gruedl has no trouble remembering when they decided to use the AEB software. “Many of the other businesses here in Bietigheim-Bissingen also serve a global clientele. We spoke to our colleagues about how they managed their exports, and they recommended AEB,” Gruedl explains. Another thing he appreciates about AEB is that the staff is quick to offer assistance when unexpected problems arise. Once, the customs office held back an entire pallet of goods because the customs codes were allegedly not listed properly on the packages. “We were able to quickly resolve the situation with the help of an AEB employee who knew exactly what to do.”

Ralf Durst, who has overseen all the IT projects at Duerr Dental and was responsible for successful implementation, also praises AEB as a reliable and knowledgeable partner. Aside from the good cooperation and technical support, Durst also appreciates that the implementation projects were tightly structured and did not require a high level of resource investment: “We carried out all our projects within a window of three to four months – from the project launch to the go-live. That was true of the first implementation of AEB solutions in 2005, when we launched the compliance software a year later in 2006, and when we migrated to electronic customs clearance with AEB’s Export Filing.” New modules are also implemented quickly and without any problem.

Duerr Dental plans to introduce AEB’s Supply Chain Collaboration Platform in 2015. The solution will replace the AEB Tracking & Tracing tool currently in use and will offer greater convenience in Monitoring & Alerting the progress of shipments. Currently, only in-house staff can check a shipment status online. In the future, all branch offices and dealers will be able to track their own orders and check the shipment status through a browser. “Maintaining the tracking and tracing logs via the online platform will also lighten the workload of the responsible staff.

Right now, they need to contact the individual transport service provider whenever a proof of delivery required to obtain a VAT exemption for EU shipments is delayed. This is a common occurrence that can easily affect more than a thousand deliveries a month. The software will save us hours and hours on this task alone,” predicts Ralf Durst confidently.