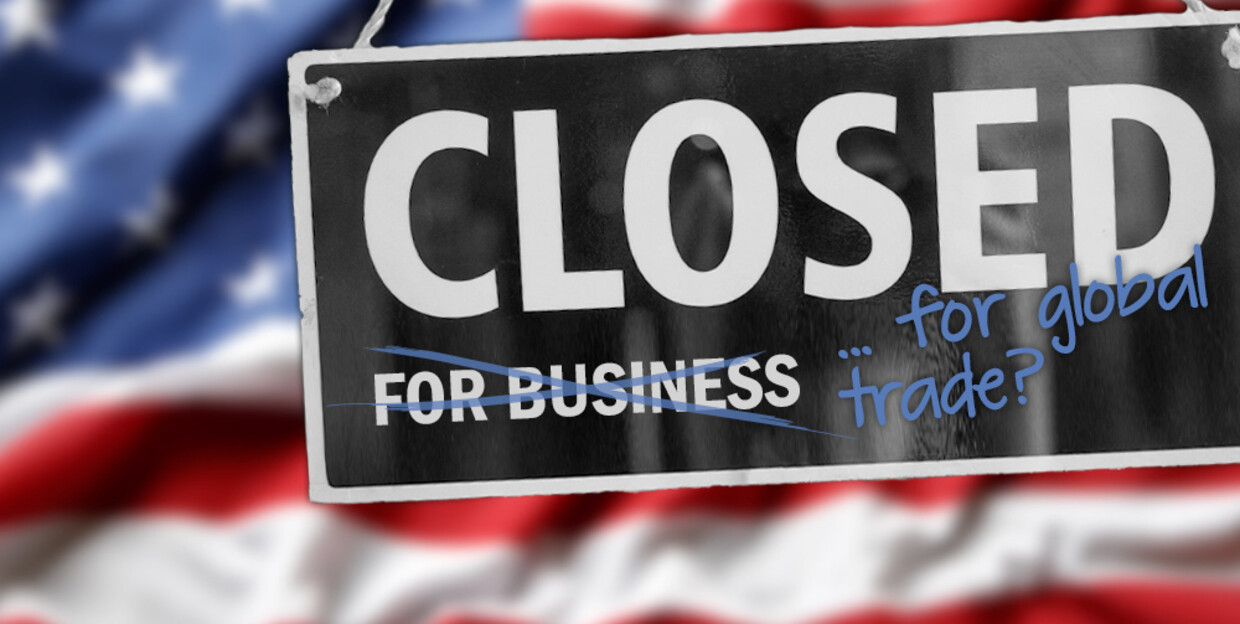 Trump and global trade: the end of Ricardo and Smith?

Will comparative advantages become be a thing of the past? Key aspects to keep an eye on in light of latest global trade developments in the US.

In your line of business or as part of your studies, you may have also come across comparative advantages. It concludes, in a nutshell: international division of labor makes sense. The theory goes back to Adam Smith, a Scottish economist, philosopher, and author. It was eventually completed by David Ricardo, a British political economist, at the onset of the 19th century.

According to this, a country should specialize in producing and exporting those kind of goods that it can manufacture at a lower relative opportunity cost than others. This corresponds to a comparative advantage and on an international level, this approach boosts global trade, generates overall benefits, and increases public welfare for all. So much for the theory.

In practice, real “free trade of goods” is still not a reality – and in parts, it is not wanted either. But despite various trade barriers including customs duties, we can generally say this: rising international public welfare levels are to a large extent the result of Ricardo’s theory – even today. And the many free trade deals in place aim to further break down existing global trade barriers. Or at least, they should…

US winds of change

Under President Trump, everything seems set to change. I’m sure you have also followed the developments: additional US duties and/or punitive tariffs are looming and free trade agreements may be terminated. And more was announced along the lines of “America first“. It all sounds rather self-centered and simple – at a time where challenges are more complex and of a more global nature than ever before.

In my view, the current approach – if the outlined course is kept – will have drastic consequences. It’s not the time nor the place to elaborate on the domestic political situation in the US or on the fact that the majority of US citizens did not vote for Trump, as per the popular vote. Or to discuss how difficult it can be for voters to express discontent or protest within the limitations of a two-party system.

So let’s focus on what this means for our own professional realm: for us in international logistics and global trade. For me, the following aspects are of key relevance.

Transparency over loss of benefits

Global trade has been infected with the “post-factual virus”, too (see post-factual politics). Economic analyses do not seem to play a role anymore. But whether we’re facing it or not: increasing nationalistic tendencies of trading partners will lead to a loss of public welfare benefits for everyone – all around. An inconvenient truth that everyone knows but hardly anyone speaks up about – there is no media spotlight on it either. Awareness, transparency, and engagement on the far-reaching benefits of global trade need to increase.

Current euphoria at the stock exchange – bearing in mind that there’s also too much money in the market – will be short-lived. The party will eventually come to an end. Recent statements and latest measures lead me to believe that the US will increasingly isolate itself in various areas. Cutting ties with Asia – for example with TPP – would prove disastrous. Terminating NAFTA, despite its many shortcomings, would be even worse. And closer ties with Russia will not last in the long run. I would expect sobering-up to take effect gradually around the time of fall – both at the stock exchange and among the wider population.

Forecasts show global economic growth to increase less than originally anticipated – the same applies to the international flow of goods. We need to adapt to that – adjust strategies and business models across markets and industries. The greatest danger looms if disputes on economic-political grounds were accompanied by consequences in the area of security policy. This would create even more trade obstacles, slowing down global trade opportunities and benefits even further.

The role of Europe

So what should we here in Europe do? Well, in addition to continued engagement to discuss global trade benefits with our trading partners currently undergoing changes, it seems quite obvious: the flow of goods within the EU should be further simplified. Effectively, a counter-proposal: not Germany, France, or Italy – whatever it may be – first, but the EU first. And opening up EU markets further towards Asia, too: the current situation practically begs for a free trade agreement with China. Switzerland has given a good example here.

No matter who’s in the lead, who’s in or out – no matter which latest regulation applies: businesses have to be flexible and ready for change today in order to ensure sustainable growth and keep a competitive edge – now and in the future.

And we need to engage in the business community to address concerns and promote transparency over both public benefits and pitfalls on the various global trade issues. Not just the ones that are emphasized in the media. Both on a national and an international level – because as with everything: awareness is key.

I’m curious about your thoughts and comments on this topic. How do you assess current global trade developments to affect your business? What is your prognosis? How do you engage and prepare your teams for upcoming changes? I welcome your views – just contact us via the website.